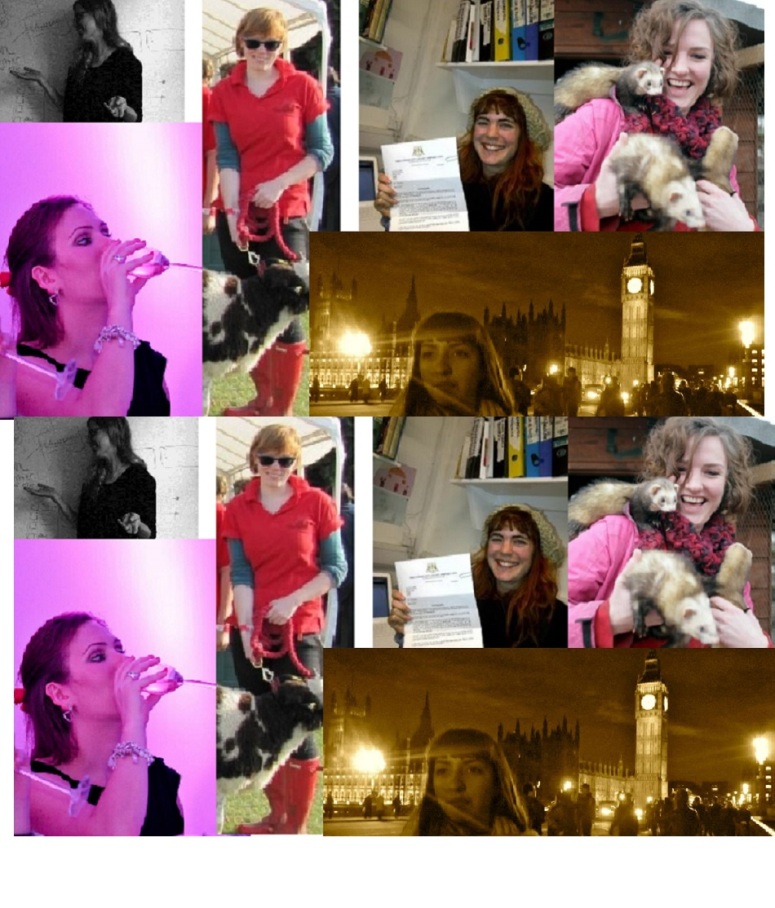 I am sitting in at a large table surrounded by men, both in uniform and civilian suits. We are here for a first meeting to prepare for a major football tournament. The man in charge sweeps in:

‘And Karen. Our press lady.’

No-one asked me to make the tea but I recall that I was deliberately confrontational, largely in an effort to get across how I was as expert at my part of the big picture as they were at crowd control, disaster planning etc.

It took time and a lot of professionalism but I did win over Commander Chap: we became friends and I helped him with interview skills that progressed his career. And I got to see some terrific football.

Fast forward many years: I am sitting at Stepney City Farm on Tuesday 5 March 2013, at 6.30pm after a day’s work, surrounded by and large by women: some of whom are pictured above.

They are the Farm’s Communications Committee and I want to pay brief tribute to them as my post for the 100th anniversary of International Women’s Day.

For the record, the two men on the Committee were also there: an immaculately-suited City-regulation and online analytics’ expert and a hugely-talented young artist.

And, to lend Olympic-level masculinity to the meeting, we were joined, as a first-time observer, by the Farm’s artist blacksmith, straight from t’forge. He is from Yorkshire.

I’m not going to go into personal detail about all the bright, capable and gifted women who form the Committee. Some are Farm Trustees, who give up ridiculous amounts of time from family and friends and globe-trotting careers to help with everything from networking with potential celebrity supporters to cooking lunches for volunteers and cleaning.

There are staff members. One swapped a career as a doctor, to deal with day to day Farm life: ministering to guinea pigs with constipation, persuading banks that they should pay money they owe us for their team building days, building dementia programmes.

Interns and volunteers have written successful fund-raising proposals, not turned a hair at being asked to build a whole new website from scratch, come up with new ideas for merchandising and taken endless minutes of meetings.

Some have been around for years; others are new. They are from all over the UK and, indeed, the world. They are parents, cyclists, thrift-shop and designer dressers, clubbers, campaigners; many ages and stages of living. And they are the best women out there: doing their wonderful best for a few acres that one women set up as a City Farm, 30 years ago.

Raekha
’As a young communicator in a far-away land, I came to the Farm, and subsequently the Comms Committee, for two things: experience in my field of study, and refuge from the city’s every day.

‘Little did I know that I’d receive much more. Being part of the Comms Team has surrounded me in a group of strong, intelligent women of all ages, giving me that nudge of support lacking at times when one finds themselves away from home and family

Thuy
‘I spend my waking hours either thinking how wonderful the Farm is and/or telling people to come to visit to see how wonderful it is themselves.

‘Attending the Communications Committee allows me to share my ideas of how I’ve been spreading the good word as well as adopt ideas from members on how to promote the Farm. It is very encouraging when you’ve got a roomful of people who want to spread the love of the Farm as much as I do.’

Nafisa
’One of the reasons that I joined the Comms team was because over half of Tower Hamlets’ population are from non-white British ethnic groups, with a third of these being Bangladeshi Muslims.

‘I noticed that the fellow volunteers & visitors did not fully reflect this dynamic and I hope that as an Indian Muslim woman I can build a bridge to communicate with and engage this community especially.’

Tor
‘I wanted to be actively involved in my local community and improving the area. The Communications Committee demonstrates that the Farm really does have something for everyone: you don’t have to get your hands dirty to be an active part of this community initiative and meet some fantastic and inspiring people.

‘I love marketing and so spreading the good farming word: letting others know about where they can find a little oasis of calm and a friendly face in the big City.’

Bessie
‘I come to the Comms Committee because I get an insight into a mysterious world I never see in the NHS (alas, I love the NHS) where you can be excited, professional, productive and efficient.

‘I hear words I’ve never heard of and see things happen quickly. Everyone seems to be enjoying themselves and making it look effortless.’

Linda
‘My own experience at the Farm has been so rewarding and fun that I really do feel the need to spread the word, from standing out on the street markets talking to people or in the online space. More people need to know.’

Rachel
‘I suppose my story is that I got dragged to the Farm [by Volunteer Manager Katharine] and ended up staying because of all the wonderful things the Farm does.

‘Animals not necessarily being my thing, I try to volunteer with what skills I have – and seeing how much the Comms team has achieved in the last year has been wonderful.

Tori
‘I enjoy getting involved in the Comms Committee as it gives me a chance to use expertise I have gained in my work life (working for an advertising agency then as Creative and Communications Director for a social enterprise).

‘I love the practical and physical ways I can help on the farm (shovelling poo, planting vegetables etc) but the Comms Committee is an area I can bring my brain to as well as my body!’

7 thoughts on “Simply the Best for International Women’s Day”